[News May 1, 2017] The Minister Simon Birmingham has announced a new lower income repayment threshold of $42,000 will be introduced with a repayment rate of 1%, and additional higher threshold bands increasing to a top 10% repayment rate. 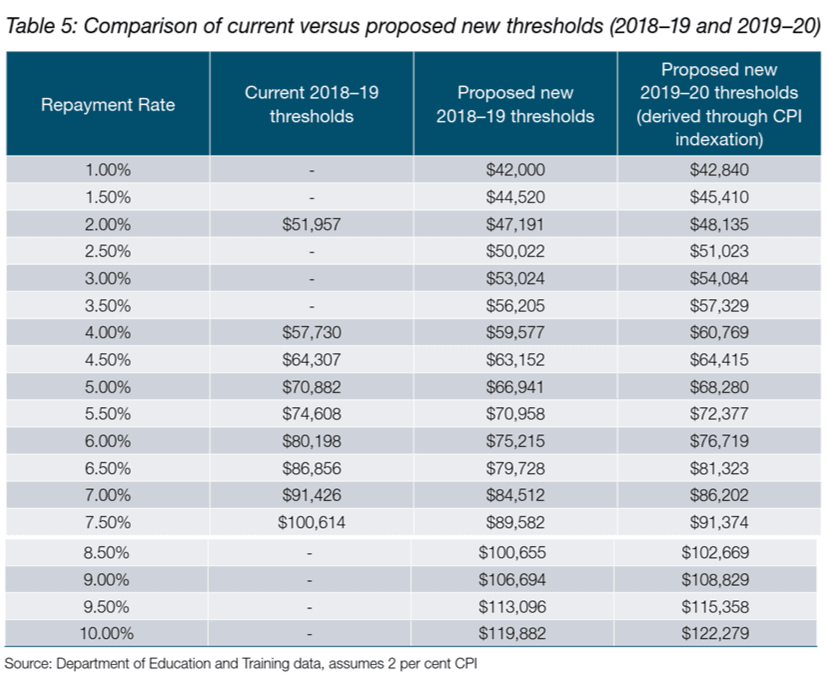