The Division 7A benchmark interest rate for an income year is the ‘indicator lending rates – bank variable housing loans interest rate’ last published by the Reserve Bank of Australia before the start of the income year.* 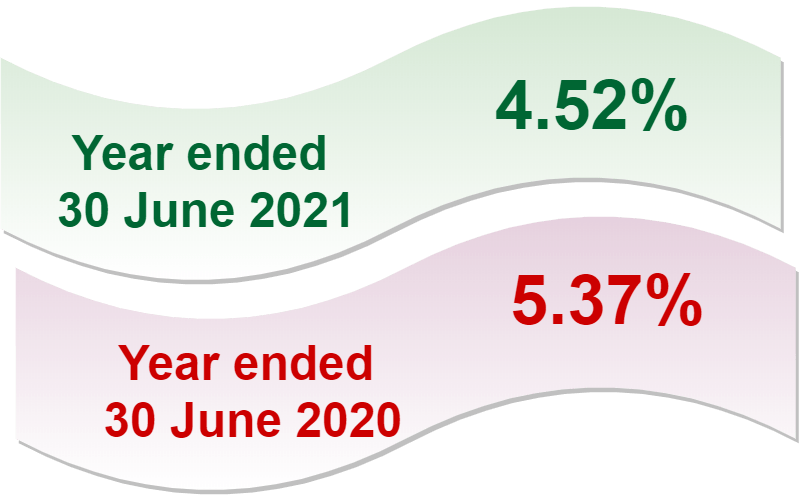 Division 7A does not apply to loans to associates made under a conforming loan agreement if the rate of interest payable satisfies the benchmark interest rate requirements.

The benchmark interest rate is relevant to private company loans made or deemed to have been made after 3 December 1997 and to trustee loans made after 11 December 2002.

The ATO is taking requests for an extension of time until 30 June 2021 for Covid-19 affected borrowers to make the minimum yearly repayment under complying Div 7A loan agreements.

On approval, if the shortfall is made up by 30 June 2021, the borrower will not be considered in receipt of an unfranked dividend.

The downloadable application form and detailed instructions are here.

Proposed changes to Division 7A

Start date: Included in the Budget 2019 announcements the government advised the deferral of the intended start date of these previously announced measures until 1 July 2020. In a further announcement in June 2020 the start date was further revised from 1 July 2020 to income years commencing on or after the date of Royal Assent of the enabling legislation.

Government consultations have been completed with a view to amending the Division 7A rules with the stated purpose of making them clearer and easier to comply with. It is proposed that Unpaid Present Entitlements be captured within Division 7A.

The proposed measures provide for a change to the reference interest rate rate for complying loans to the Small business Overdraft rate which is generally 2% or more higher than the current benchmark which is based on the variable housing loan lending rate.

The benchmark interest rate is the Housing loans; Banks; Variable; Standard; Owner-occupier’ interest rate last published by the Reserve Bank of Australia before the start of the financial year. See here and here.

Application of Div 7A

The application of Div 7A treats loans or debts as deemed taxable unfranked dividends. The amount of the deemed dividend is limited to the extent of the company’s distributable surplus.

The following fall within Div 7A:

Tax Determination TD 2018/13 sets out the view that section 109T can apply to a payment or loan made by a private company to an interposed entity, even if it is an ordinary commercial transaction.

A Div 7A deemed dividend outcome can be disregarded at the discretion of the Tax Office, in circumstances considered to have arisen as a result of an “honest mistake or inadvertent omission”.

A Tribunal case which reviewed the Commissioner’s refusal to exercise discretion is discussed here.

In that instance, the Tribunal reduced the penalties for non-compliance from “recklessness” (50%) to “carelessness” (25%), whilst noting that: “Division 7A is complex. Even experienced tax agents struggle with it.”

The Tax Office advise that exercise of the discretion will depend on the extent to which the taxpayer has taken corrective action, or has given undertakings to do so, and the speed with which that occurs.

An example of corrective action is the establishment of a compliant loan agreement and the payment of catch-up payments to create a position at least equivalent to that of having complied from the time of non-compliance.

A Tax Office description of corrective action and example calculations are provided here.

Budget 2018 (8 May 2018): The Government announced its intention to ensure that unpaid present entitlements come within the scope of Division 7A of the Income Tax Assessment Act 1936 from 1 July 2019 (since revised to 1 July 2020).

The purpose of the proposed amendments is to that the unpaid entitlements are either made the subject of a conforming loan and repaid or deemed a dividend.

In 2010 the ATO published a view (TR 2010/3) that unpaid present entitlements owed by a trust to a private company within the same closely held family group were essentially ‘loans’ for the purposes of Division 7A.

This raises the possibility of UPEs being taxed as unfranked dividends.

PSLA 2010/4 provides guidance and examples of the application of TR 2010/3, detailing ways (apart from deploying a Division 7A loan agreement) to avoid the ATO applying Division 7A to UPE balances.

Practical Compliance Guideline PCG 2017/13 sets out sets out the ATO’s compliance approach for unpaid present entitlements under sub-trust arrangements maturing in the 2017, 2018, 2019 and 2020 income years.

The standard escape hatch to the deemed dividend application of Div 7A is provided under Section 109N ITAA1936 for loans meeting the criteria for minimum interest rate and maximum term.

The loan must be:

The term of the loan must not exceed

The Benchmark Interest rate is determined on an annual basis, so the loan agreement interest rate should be expressed in terms of equivalence to, or exceeding the prevailing benchmark rate.

Section 109E provides a minimum repayment formula, essentially based on the declining loan balance in relation to the remaining term of the loan, and commencing in the year after the loan was made. Interest is provided at each year’s benchmark rate.

Loans complying with Section 109N are also exempt from FBT (since July 2006).

The Division 7A benchmark interest rate is updated annually by the issue of a Tax Determination.