First announced in the 2017-18 Federal Budget, this is a scheme to encourage first home buyers by enabling super funds to house the savings for a deposit.

From 1 July 2017, the Scheme will allow first home buyers to salary sacrifice into their superannuation fund. The tax advantages of doing so are intended to encourage them to save for a house deposit.

Both members of a couple will be able to take advantage of the concession.

Both members of a couple can combine savings for a single deposit to buy their first home together.

The Scheme uses the standard release authority rules in Division 131 (applying from 1 July 2018) of the Taxation Administration Act 1953  to facilitate the release of amounts from superannuation.

Amendments to the scheme have been approved by parliament and take effect from 1 July 2019. 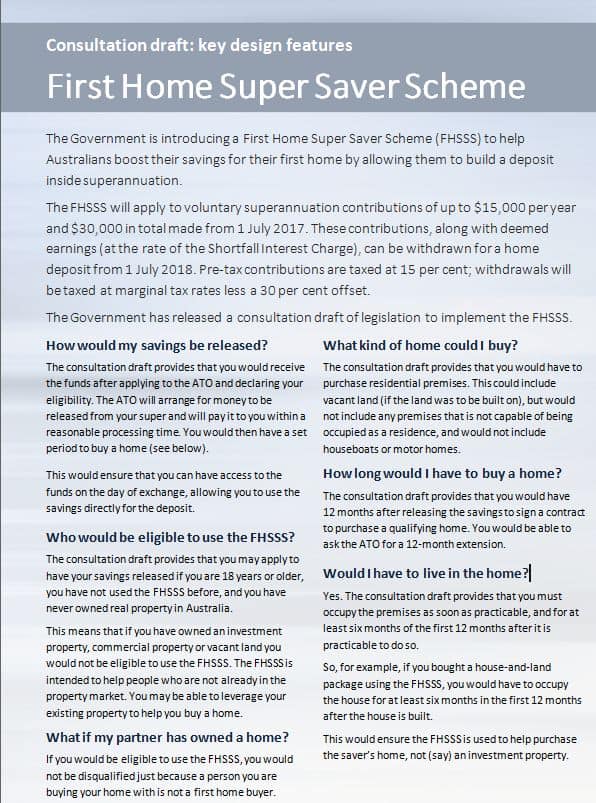 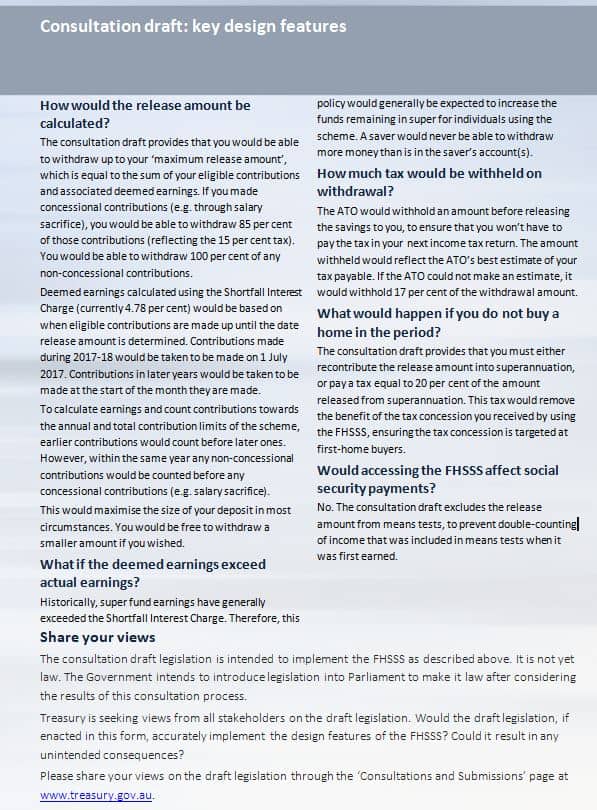