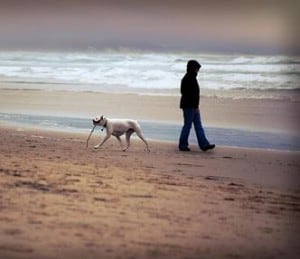 In general, the superannuation contributions caps limits apply on a year by year basis. However the bring-forward rules allow for unused caps to be used in later years, subject to conditions and limits.

The rules for non-concessional contributions have been amended (along with transitional rules) with effect from 1 July 2017.

Contributions from 1 July 2017 are subject to the new rules under which the maximum becomes $300,000 for bring forwards triggered after 30 June 2017.

[April 1, 2019] Ahead of the budget the Treasurer has announced that the age limit for access to the bring-forward arrangements will be extended to those aged 65 and 66. This is measure is subject to legislation being passed.

[March 5, 2020] Draft legislation has been released to  to extend access to the bring‑forward arrangements to people aged 65 and 66. See Media release.

They also allow people aged 70 to 74 to receive spouse contributions by increasing the maximum age from 69 to 74 years.

The introduction of a lower non-concessional contributions cap from 1 July 2017 (and therefore lower bring-forward value) is subject to transitional rules for bring-forwards already triggered before 1 July 2017.

The rules are complex. The information here is not advice, and cannot be used as the basis of planning or action without obtaining qualified financial advice. 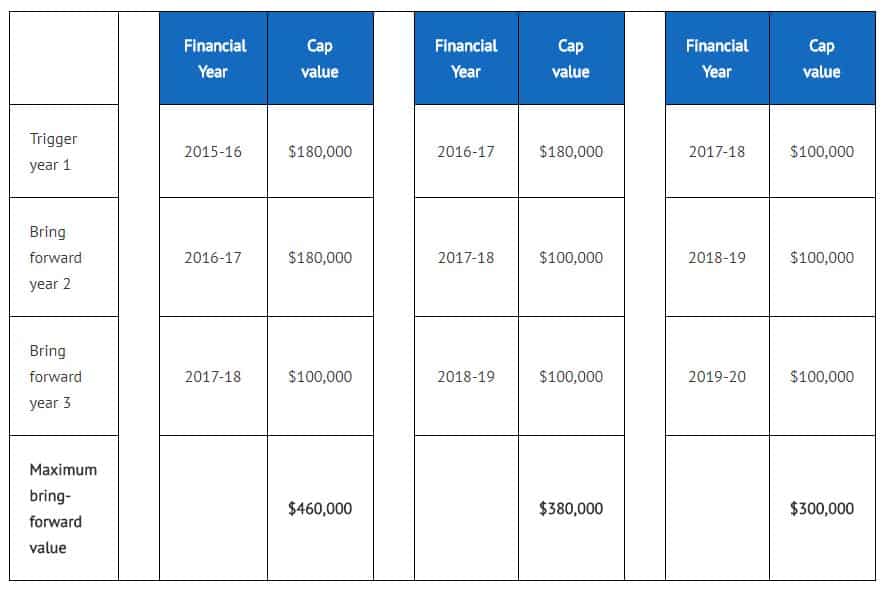 *The introduction of the transfer balance of $1.6 million from 1 July 2017 further modifies available bring forward totals, according to how close the total super balance is to the cap on 30 June 2017.

The rules up to 30 June 2017 – non-concessional contributions

The cap under the bring-forward rule is broadened to three times the annual non-concessional limit over 3 years from the year the rule is triggered (i.e. the first year).

The rule is automatically triggered in the first year that contributions go over the annual limit. (ITAA 97 s292.85(4))

There is more information on contributions caps here.

The 3 year period commences in the year that the contributions cap is exceeded. The benefit of the rule is to allow the annual non-concessional cap to be exceeded in any one or two-year period without suffering a tax penalty, as long as the 3-year aggregated limit is not exceeded.

Contributions in excess of the contributions cap automatically attract tax equivalent to the top marginal tax rate plus medicare levy, although withdrawal rules can be applied.

The work test for ages 65 to 74 years old require the member to be gainfully employed; i.e. paid work for at least 40 hours during a consecutive 30-day period in each financial year for which the super contributions are made.

Errors can easily be made, especially when trying to maximise super contribution tax concessions. There are adverse tax consequences for excess contributions.

The following are a few points to watch:

Bring-forward calculation is based on the trigger year

Check the timing of contributions carefully

Missing a target deadline, for example a year-end date, can have the effect of shifting the record of contributions from one financial period to another, with significantly altered tax consequences.

If coming up to a year-end, ideally leave plenty of time for payments to move through office and bank clearing processes.

Tell your advisers everything

If you engage professional advisers to help maximise advantages under the super concessions (recommended in this complex area), make sure they have all information and relevant personal data. One crucial omission could easily result in erroneous advice.

Aside from a full financial planning profile, relevant superannuation information includes the financial statements of your super fund(s), earnings and past contributions and drawings and their sources, dates and compliance history.

Inadvertently triggering the 3-year rule can occur if all contributions to all super funds are not taken into account when calculating contributions. In particular, the Tax Office advise that: