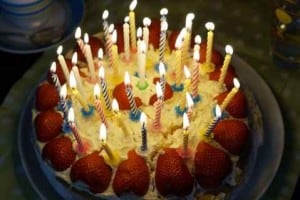 Typically the strategy will involve the member withdrawing from the super fund after the age of 60 (thus tax-free) and then subsequently making contribution back to the fund, within allowable caps. If desired, bring-forward balances might be utilised to enlarge the re-contribution amount.

This can enable a re-distribution of fund balances between a married couple, for example to manage fund balances within caps, now even more significant with the imposition of the transfer balance cap of $1.6 million for 1 July 2017.

This can also improve the access to Centrelink benefits, albeit possibly only temporarily. (How this might work is described in the article linked below: “What is a re-contribution strategy?“)

Alternatively a cash out and re-contribution can achieve a conversion of withdrawn taxable funds to a tax-free benefit when re-contributed as tax-free non-concessional contributions.

A benefit of accumulating more tax free as opposed to taxable funds in the super fund, is that on the death of the member, funds which are inherited by an adult, financially independent beneficiary (e.g. adult children) won’t be taxed by the rule which only exempts death benefit super paid to a dependent.

The taxability of funds withdrawn under this strategy, and in fact whether the funds can be legally withdrawn in the first place, will depend on a number of possible factors, including (but not limited to):

Until 30 June 2017 the impact on a potential anti-detriment claim (relevant to funds in accumulation phase) would also have been considered. (Availability of the the anti-detriment deduction was removed with effect from 1 July 2017. See Treasury Laws Amendment (Fair and Sustainable Superannuation) Bill 2016.)

In general, a re-contribution strategy is likely to be most advantageous for members between 60 and 75 years old, who can legally withdraw their super tax-free, having met the age-related condition of release. Re-contributions made within the applicable non-concessional limits enable the re-contributed funds to be maintained on a tax free basis.

Because of the many factors affecting a successful re-contribution strategy, and the potential future impact on the member’s and dependents’ tax positions, the process can be far from simple, and prone to error. Professional advice is therefore highly recommended.