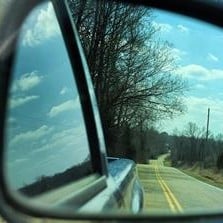 The just-finished 2015 parliamentary sessions have been busy, and so have we.

Although the year is by no means finished yet (the 2015 MYEFO is due mid-December), we’re grabbing a pause for a round-up of some of the more significant recent developments and site content updates.

The government is intending to give the Commissioner of Taxation the power to modify the operation of the tax and superannuation laws to address unforeseen or unintended outcomes, and has released draft legislation for comment.

The Foreign Investment rules have had a re-vamp, and there’s a new land register in place being run by the Tax Office. Increased compliance measures kick in from 1 December 2015 following a concessionary period for investors ‘fessing up before the end-of-November deadline.

Legislation was introduced to parliament on 3 December 2015 which applies new non-final 10% withholding tax from 1 July 2016 on the disposal proceeds of taxable Australian property by foreign residents.

At the mid-point of the FBT year, we’ve produced and updated searchable FBT Exemptions and Concessions Checklist with references.

The superannuation ‘bring-forward rule” can can be used to maximise the tax effectiveness of super contributions – but there are also some serious traps for the unwary. We’ve put together a summary of what’s involved.

Website expenses: For business taxpayers it sometimes be difficult to know what can be claimed and how. We’ve put together a summary.

Announced in the 2015 Budget and now enacted – from 1 July 2015 “fly-in fly-out” and “drive-in drive-out” workers will be excluded from claiming the zone rebate where their normal residence is not within the specified tax zone.

Land tax is a major money-spinner for the States and Territories. The schemes are broadly similar in principle, but differ markedly according to jurisdiction. We prepared a state-by-state overview.

The emergence of the digital money Bitcoins is an interesting development. Bitcoin is increasingly finding its way into trade and finance. The result is a challenge to traditional tax and accounting frameworks around the world, with considerable variation in treatment. The Tax Office has noticed, and has recently issued opinions on the correct treatment for Australian tax purposes.

First Home Owner grant schemes exist in most States and Territories, although a number have been scaled back and are less generous than before. We’ve prepared a searchable overview of the key features.

Voluntary payment and upfront payment bonuses under the HECS-HELP repayment system are back on the chopping block. Federal parliament has now approved legislation removing availability of the bonuses from 1 January 2017. From 1 January 2016 long-term New Zealander residents will get access to HELP, and rules start which target overseas residents with repayment obligations.

The rules for Employee Share Schemes got a makeover with effect from 1 July 2015.  We’ve included an overview of the new rules, together with the schemes applying in earlier years.

There are some big changes in the Family Tax Benefits and Child Care areas under way. Some changes have already become law; others are still finding their way through the Senate. Reductions in FTB are ostensibly being used by the government to fund expanded child care programs. Summaries of recent changes and some upcoming legislation have been included in the content updates.

The 2015 Federal Budget contained changes to age pension entitlements tests, including the assets test, in order to “improve fairness and protect the budget position”. Key changes commence from 1 January 2017 are summarised. There is also a tightening of the deductible amount for defined benefit income streams commencing 1 January 2016.

A number of small business and farmers tax and depreciation measures were popular announcements in the 2015 Budget, most of which are now law. Content pages have been updated to include details of all the new measures.

Super funds borrowing: The law has been improved to clarify the ‘look-through’ treatment of instalment warrants. The Tax Office has updated rulings confirming its treatment of limited recourse borrowing arrangements (LRBAs) – the bottom line: arrangements must be (demonstrably) commercially realistic and on an arms-length basis.

Foreshadowed just before the 2015 Budget, legislation to simplify motor vehicle expense claims has been passed by parliament. The changes take effect from 1 July 2015.

FBT: In a 2015 Federal Budget measure which targets Not For Profits, from 1 April 2016 a grossed-up cap of $5,000 will apply to the amount of salary-sacrificed ‘meal entertainment’ and ‘entertainment facility leasing expenses’.

A Bill to streamline the way managed investment trusts are taxed has been introduced to parliament, following a Treasury draft and consultation process. The changes are consistent with Tax Board recommendations and announcements by the former government in 2010.