In the first overhaul of thresholds in more than a decade, the Small Business Minister Bruce Billson has announced a significant review of PAYG thresholds and activity statement compliance requirements.

Requirements to pay tax as you go by instalments are triggered when business or investment income goes over certain thresholds, determined from information in previous tax returns or tax assessments. 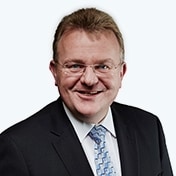 The announced changes recognise that many taxpayers are churning activity statement paperwork every month or quarter in respect of relatively trivial, or in some cases, zero amounts of tax.

The changes which are due to take effect from 1 July 2014 include:

Entities under the thresholds are to be automatically relieved from the instalment requirements and the ATO will contact affected businesses. Entities registered for GST will not be required to remain in the system if they have a zero instalment rate.

According to the Minister’s media release, an estimated 372,500 small businesses will benefit from the changes, saving an estimated $56 million in compliance costs.