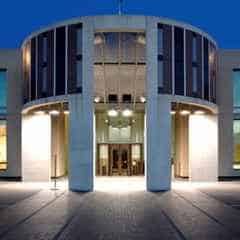 Much of the unfinished parliamentary business from the pre-2016 election parliament has been included in fresh Bills now before parliament. A number of the proposed measures are intended to take effect from 1 July 2016.

The Prime Minister has announced that should the Senate not pass the government’s double dissolution trigger bills, there will be an election on 2 July 2016. The arrangements provide for an end to the current parliamentary session, and with it, an end to consideration of a number of tax and super bills which are currently before it.

The Prime Minister’s plan requires parliament to sit for 3 weeks from 18 April 2016, with the 2016 budget delivery brought forward a week to 3 May 2016. What happens in that period will therefore determine whether and when an election is called, which is otherwise due later in the year.

The parliamentary legislative timetable in the coming quarter will thus be burdened by the government’s need to have its double dissolution trigger bills dealt with, and then presumably any immediately necessary measures arising from the budget which is delivered on 3 May. Although it is obviously preferable that measures due to start on 1 July are legislated before then, that hasn’t always been the case in the past.

As part of the Prime Minister’s double-dissolution setup, he requested of the Governor-General that the current parliamentary session be prorogued from 5 pm on Friday, 15 April 2016, until 9.30 am on Monday 18 April 2016. The effect is that Business on the Notice Paper, such as bills, notices of motion, contingent notices and questions on notice, all lapse.

Unfinished business can be revived in the new parliamentary sessions commencing on or after 18th April, however it is not automatic. Provided there is not an election between two Parliamentary sessions, a Bill can be proceeded with in a later session (continuing from the stage it had reached), if the House of Representatives passes a resolution restoring it to the Notice Paper.  Procedures by which this takes place are described here and here.

There were a number of tax and super bills before parliament which lapsed under these arrangements.  Their re-introduction and subsequent progress through the final quarter amid the various parliamentary and political distractions will be keenly observed.

The following Bills were before parliament at the time of it being prorogued on 15 April 2016, and have therefore lapsed until and unless re-introduced into a subsequent parliamentary session:

Tax Laws Amendment (Tax Incentives for Innovation) Bill 2016 – This Bill amends tax law to encourage investment in early stage innovation companies with a tax offset and a CGT exemption, and relaxes restrictions on early stage venture capital limited partnership investments. The changes are due to commence on or after 1 July 2016. [update 4 May 2016: This Bill has now passed both houses of parliament]

Superannuation Legislation Amendment (Choice of Fund) Bill 2016 – Employees under workplace determinations or enterprise agreements made from 1 July 2016 to able to choose their own superannuation fund.

Tax and Superannuation Laws Amendment (2016 Measures No 2) Bill 2016 – new remedial powers for the Commissioner of Taxation (commencing on day of assent) and an amendment to allow re-entry (after 10 years) to the primary producer income averaging provisions (commencing 1 July 2016). [update 14 Sept 2016: A fresh Bill has been introduced to parliament.]

Tax and Superannuation Laws Amendment (2016 Measures No 1) Bill 2016 – measures to apply GST applies to digital products and services imported by Australian consumers from 1 July 2017, and a number of amendments to the Farm Management Deposits scheme including an increase of the maximum deposit amount to $800,000 from 1 July 2016 (currently $400,000). [update 4 May 2016: This Bill has now passed both houses of parliament]

Tax and Superannuation Laws Amendment (2015 Measures No 3) Bill 2015 – Abolition of the seafarer tax offset for 2015-16 and later income years, and reduction of the R&D tax offset rates for the first $100 million of eligible expenditure by 1.5 per cent (the Bill in its current form applying the amendment from 1 July 2014).

Treasury Legislation Amendment (Repeal Day 2015) Bill 2015 – A raft of relatively minor amendments, including modification of the lost and unclaimed super provisions. (Amendments to align of the earnings base for the superannuation guarantee charge with that for calculating contributions from 1 July 2016 have been removed from the Bill).

Tax Laws Amendment (New Tax System for Managed Investment Trusts) Bill 2015 and related bills – a package of four bills to establish a new tax system for certain managed investment trusts, assessments in relation to which apply from 1 July 2016, with other aspects of the measures requiring earlier action. [update 4 May 2016: This Bill has now passed both houses of parliament]

Superannuation Legislation Amendment (Trustee Governance) Bill 2015 – an adjustment of rules for directors of registrable superannuation entity licensees to take effect from date of assent, or in the case of the Commonwealth Superannuation Corporation, from 1 July 2016.
.
This page was last modifies on 1 Sept 2016